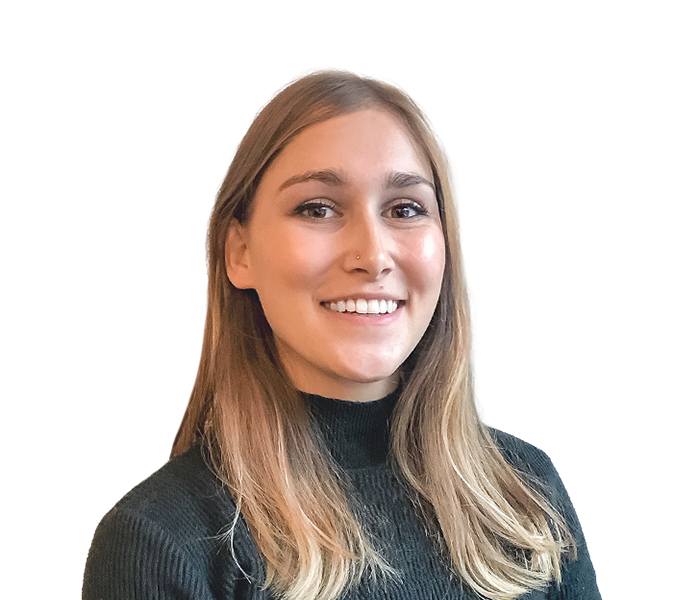 As a Designer, Caitlin uses her passion for great visual communication, perfectly-set typography, and creative problem-solving to produce human-centred and accessible digital experiences. Prior to joining the OXD team, Caitlin worked for a variety of companies as a designer, illustrator, and content creator. She has collaborated on projects for top retail and beverage brands including Arc’teryx, Patagonia, and Coors Lite; cinematic storytelling video company Great Big Story; and some of the world’s leading outdoor photographers. Her work has been featured in magazines such as Cult MTL, PIP Magazine, and Pique Magazine, as well as radio interviews. Caitlin’s constant desire to learn new topics has fuelled her growth as a designer.

When she’s not working, you can find Caitlin climbing mountains, riding her bike, or surfing waves. She also has a small rescue dog named Spike that often accompanies her on adventures.