OpenRoad VP Gordon Ross was interviewed in the Vancouver Sun as part of the lead up to ThoughtFarmer’s Social Intranet Summit in Vancouver October 27/28, 2010.

Read the article below.

New world of social intranet connects colleagues like never before 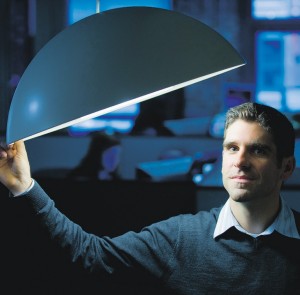 It was Monday afternoon in Boston, and Ephraim Freed was checking in with his coworkers at Oxfam America.

“I see someone lost their train pass,” Freed said, reading from the home page displayed on his company computer.

Elsewhere in the organization, a senior director posted a link to a program evaluation and someone else highlighted the profile of “a very inspiring activist who is one of our supporters.”

In every case, Freed could see the author’s name, title and photo. He could click through to the person’s direct page and see just where he or she works and what projects are on the go.

Freed can also respond to posts, edit content and publish his own commentary and information, both privately and publicly.

This is the new world of the so-called social intranet.

Inspired by popular social media properties such as Wikipedia, Facebook, Twitter and YouTube, the social intranet is fast replacing the static corporate intranet of old as companies and non-profit organizations alike look to encourage active collaboration and communication within their ranks, regardless of whether employees are in Boston or Burkina Faso.

“We are taking the concept that anyone can be a publisher, anyone can produce content, and then we are asking people to use their voice within the organization for business-related purposes,” said Freed, Oxfam’s intranet specialist.

The topic is front and centre in Vancouver this week with about 100 people expected to attend a two-day Social intranet Summit. The event begins today at the convention centre downtown.

Discussion will focus on driving business value with social intranets as well as the practicalities of designing, building, launching and improving the available tools.

Telus and Electronic Arts are expected to make presentations, as are several other organizations, including Oxfam, that have been among the first to adopt the social intranet.

Gordon Ross, vice-president of OpenRoad Communications, creators of ThoughtFarmer and the company hosting the Summit, said he’s encouraged by statistics (according to the 2010 intranet 2.0 Global Study) showing that 87 per cent of organizations have at least one social tool on their intranets.

But, he said, widespread corporate immersion into the social intranet remains far from mainstream.

“We see a bit of resistance certainly around the word ‘social’ … I think they [companies] think it’ll just be used for goofing off, that there is no benefit and no productivity.”

There are also concerns about the security around what gets posted.

“We are often asked, ‘What if there is vandalism? Or if someone posts a comment that is unacceptable?'” Ross said.

In practice, however, the reverse appears to be true.

In the five years since Open-Road has been involved in designing social intranet software, “there’s been no instances of vandalism,” Ross said.

“There is heated debate and discussion of online forums, but we haven’t seen anything nasty.”

Ross said users have also reported increased productivity and innovation among colleagues of all ages — not just the tech-savvy Generation Y.

“They [the social tools] increase the connectivity of organizations,” he said.

Freed said social intranet use at Oxfam has created a sense of community among workers whose offices span the globe.

The open nature of the forums encourage professional development and discourage negative or useless chatter.

“Every employee has a profile page where they can upload a photo.

“Their photo thumbnail then shows up next to their comment, so immediately there is a real person there, not just a number,” he said.

Training, however, is the key to real success, Freed said.

“No matter how user-friendly it is … it is still new to people. So unless you show up [in person] and help people get familiar, they are not going to use it as much,” he said.

The Social intranet Summit runs today and Thursday at the Vancouver Convention Centre.