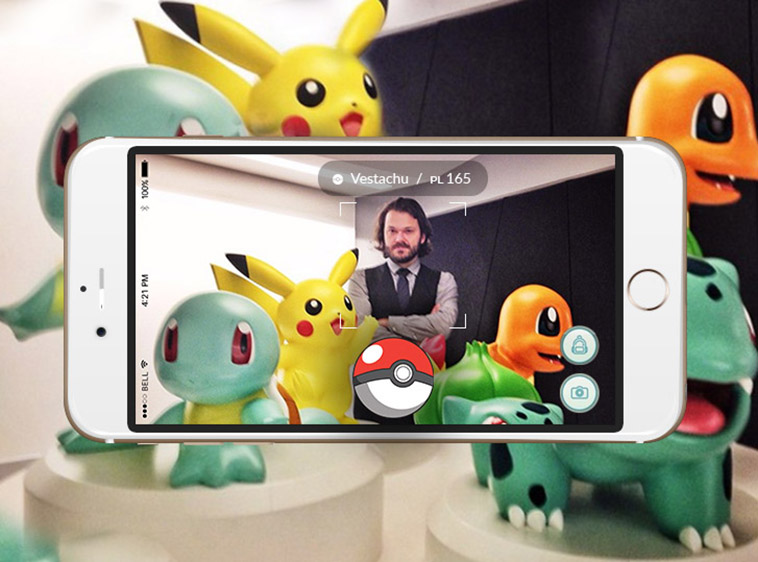 Full disclosure: Pokémon has been an OXD client, but this article is in no way endorsed by or connected with The Pokémon Company.

With Pokémon GO, The Pokémon Company has captured a lot more than cute augmented-reality animals. They’ve also sparked a media tirade of warnings, outrage, and fear. The focus is on all the things that could go wrong.

But what about the things Pokémon has done right?

As someone who’s spent a large part of my career working on marketing campaigns for children and designing educational children’s entertainment games, I have to admit: Pokémon GO is now one of the best mainstream examples of designing positive experiences for children out there. It goes beyond just having fun and actually helps kids get more active while promoting positive role models and challenging their minds.

(Before continuing, that I’m assuming that you’re already familiar with the basic concept and gameplay of Pokémon GO. If not, check out this article.)

The first principle outlined in the whitepaper is “Children need to play.”

I won’t get into the “Why” here (you can read the full whitepaper for that), but the ethical ramification is this: How can we include digital experiences into children's entertainment options that encourage them to play in ways that are balanced and healthy?

One recommendation given in the whitepaper is to “Creatively build elements into your children's entertainment experience that require the child to do physical activities with their bodies or hands, preferably away from the screen or television.”

Here’s one area where Pokémon GO really shines. The game is all about getting up off your butt and walking. In fact, some of the neat game features (like getting eggs that hatch into cool things) require players to walk anywhere from two to ten real-world kilometres.

Another recommendation is to “Periodically remind the kids in your audience that it’s fun to play outside with others.” Again, GO really shines there. Is there stranger danger here? Sure. But I also see that as an opportunity for the parent (more on that later).

Overall, in the area of “Play”, Pokémon GO gets a gold star.

Next up, let’s talk about…

The second principle is “Children need role models.” Entertainers rank really high when it comes to the heroes that children admire and emulate, so it’s important that these role models reinforce positive values.

Our first recommendation here is to “Expose children to a wide variety of potential role models.” One of the first things the player does in Pokémon GO is choose their avatar. They can pick male or female and customize the way their avatar looks (different skin tones, check). A few more customization options (hair, facial types) would’ve been nice, but that will likely come in the future if the profile options on the Pokémon website are any indication.

The next recommendation under Role Models is to “Avoid using violence as the solution to narrative conflict and motivational objectives.” Pokémon GO focuses on a collection mechanic to level up (evolve) the player’s Pokémon. And, just like with the classic Pokémon children's entertainment games, the player’s Pokémon “battle” other players’ Pokémon in the local trainer gym. The battle is lost when the creature “faints”. Pretty innocuous stuff. Plus the graphics are rendered in a cartoony style that does not represent the graphic realism of a first person shooter.

So when it comes to Role Models, let’s give Pokémon GO another gold star.

To flourish, Children need positive relationships with each other, their family, their school environments and their communities. First, we recommend that marketers, app developers, and content creators “Develop activities that require cognitive and strategic interaction outside of the digital space between two or more people.” One of the interesting aspects of GO is the team system (players can join one of three teams—Valor (red), Instinct (yellow), Mystic (blue). Teams have to work together to take over or maintain control of a local trainer gym.

Our second recommendation when it comes to Positive Relationships is “Create opportunities for children to involve their parents in their activities and in broader discussions.” While GO doesn’t explicitly create these opportunities, the context of the phenomenon raises some interesting questions. Is getting that rare Pokémon worth the cost of getting hurt or arrested? Does it pose a real worry of “stranger danger” as random people run around and bump into each other when chasing their prey? Is it okay to trespass or act in a manner that’s hurtful or disrespectful to others while playing? Safety issues are opportunities for parents to sit down with their kids and have these sorts of discussions, and get them to think about what these sorts of behaviours look like. So while this isn’t by design, it’s an emergent condition that makes it an interesting opportunity. But is it ideal?

Like the Pokémon Card Game, Pokémon GO is all about collecting. And part of that fun is the player showing off their collection to their friends. This meta-element to the game is an inherently social experience that brings all kinds of kids together. But there’s also a dark side to this. As back as 1999, some elementary schools in the United States have banned the trading cards, citing that kids who didn’t have the cards were feeling left out and marginalized.

Sorry, Pokémon GO, no gold star on this one.

The fourth principle is “Children Need to Think.” This is about developing critical thinking skills and the ability to think for one’s self. The first recommendation we have here is to “Reward failure as a valuable learning experience.”

OK, cool. When a player loses a battle at a gym, their Pokémon never dies, and they learn from how they lost. That’s great. When they fail at capturing a Pokémon, they’ll lose some Pokeballs, but they’re learning how to get better at capturing.

Another recommendation when it comes to nurturing a child’s thought process is to “Build confidence… by not over-controlling their experience. Don’t prescribe solutions—allow them to use their own judgement.” The open-ended nature of GO (the entire physical world is the game map) and the real-world obstacles players face as they play makes this game a unique expression of this principle.

Pretty obvious, sure.  So does Pokémon GO promote balance and whole-life well-being?

One recommendation here is to “Identify potential for positive habit-building activities that exist within your brand or property and leverage them into an authentic experience.” The one “habit” that most people associate with Pokémon (in general) is the compulsion to collect more and more.

Is the compulsion for a child to constantly check their device to see if Pokémon are nearby a good habit? Probably not. Are there any other habits that the game promotes that might be considered “good”?

Here’s where the core features of the game come into play. Pokémon GO is the first truly-mainstream game that turns this compulsion to collect into the impetus for physical activity. Kids and adults are walking their dogs, going to the store, circling the block… all for a chance to find and collect just one more Pokémon (but hopefully more than just one).

A game that makes my kids actually want to walk the dog?

Pokémon GO doesn’t catch ‘em all for ethical children's entertainment, but it gets pretty darn close.

Four out of five gold stars towards meeting our high ethical standards for a great children's entertainment experience? Not bad, Pokémon GO, not bad. It’s not perfect, but nonetheless it’s impressive. I’ve never come across a “perfect” game.

Sure, the press and media are making some valid points. But once you get past the fear, the warnings, and the hype, the fact remains: kids are getting outside, they’re rediscovering their local community, they’re learning to problem-solve, they’re meeting other people, and they’re having a blast doing it.

As designers, affecting positive change in the world through design is something we aspire to. By creating an experience that demonstrates a deep understanding of the audience's core motivations, Pokémon GO shows us one to do this.

And for once we have technology—and a video game—to thank for it.

So go outside and play some video games, kids.

Want to find out how OXD creates new and better service experiences by design? Check out our Digital Service Design work.