Stories are as old as we are

​People have always told stories. It's how we learned to survive.

"Joe crossed that stream last week to pet a cute lion. And now we know that you shouldn't pet lions."

The narrator's motive of this story? That they care enough about you to tell you—with examples—that it's a good idea to stay away from lions.

So, stories themselves are clearly important. In fact, they might be very the reason why we've outclassed all other species on the planet. Stories have enabled us to move beyond reacting only to what's immediate and present. Stories have helped us to learn from the past and to visualize ourselves in a better tomorrow.

The mediums don't go away

The way we tell stories is also important. While it's tempting to think that the story medium (singular) has developed over a series of evolutionary steps (Oral > Pictures> Writing > Printing Press > Broadcast > Digital), I think it's better to say story mediums (plural) have emerged. None of the developments in storytelling medium over the past forty thousand years have truly replaced the medium that came before it. We still chat with the neighbours, share photos of our adventures, write love notes, read magazines, watch videos. If anything, each successive medium has merely had to shoulder its way into the flock, prove its worth, and prove how it's more useful than the others in certain situations.

So, if we want to understand the impact of storytelling, it seems obvious that we should be striving to understand both the narrative form and the medium.

I started mod7 in 1999 with the idea that new media enables new ways of storytelling and communicating. In fact, there was this thing called "New Media" back then. It was new. My first title was "Director of New Media" or something like that (I was new, too). Since that time, New Media has become a little less new, but no less exciting. In fact, it's one of the most exciting times to be a storyteller in the history of humanity. So that's pretty cool. Anyway, as the newest emergent medium in the history of storytelling, digital narrative brings with it new opportunities and several interesting challenges.

Allow me to share a few ideas we've explored during our journey as a digital company. These aren't truisms or specific scientific hypotheses, merely ideas that have inspired our work. These are things we believe that "digital narrative" can do or aspire to do. Some of these may also be observations on the nature of the storytelling medium in general. This list is by no means exhaustive, and I welcome your thoughts and comments.

Nerds like us love playing with the tricks and gimmicks that are inherent in the technology that empowers digital storytelling. In fact, to many of us, that's why we got into this business. But that's not what digital storytelling is about. These things enable a non-linearity that's completely unparalleled in other story vehicles. In this medium, we share complex ideas and promote behaviour change. This medium can help users explore foreign personas, learn new skills, and feel in control about a subject matter. Through consistency and content, digital narratives can create a rich, explorable world for the user. And that creates empathy, understanding, and self-visualization in the user.

The digital medium encourages a new form of narrative.

When we created "the first arts & culture magazine specifically designed for handheld", we realized that the content had to be created differently, too. It had to take a form unlike any before it, because now the utility afforded by the user's context and device had to be designed into the experience. Stories became short, framed by the time it took to wait for a bus and by the limitations of the PDA medium. These lessons were something that really influenced us when the smartphone revolution took hold six years later. Not only was the content different, but the consumption experience went beyond tethered terminals or physical artifacts. Mobile set interactive content free in a brand new way.

Stories are no longer strictly linear.

People can experience the same story in different ways. Each viewer can begin and end in different places within a story universe than other viewers. They can even access the story across different channels from other viewers. Such trans-media stories can reach further, permeate deeper, and engage the viewer on their terms, living beyond the restrictions of a particular channel. They can also enable the viewer to craft their own sequence of events, creating a personalized experience.

The world is drowning in data. Narratives give meaning to data. 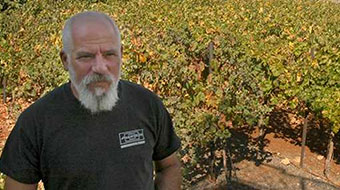 Today, computer algorithms are designed to filter, sort, and codify data, without the need for direct human intervention. Yet the role of the editor-storyteller is more important than ever, as is their ability to use Big Data parsing tools to construct meaning. The ability to sift through data—hours and hours of audio and video, thousands and thousands of photos, as well as the social and political context of the data—and then create a cohesive narrative is what enables us to move from "information" to "knowledge", and "data" to "insight".

The digital narrative can tell stories like no other.

The blending of auditory, visual, and textual information can resurrect places and people long gone. They can take on new life and can be experienced by a new generation. Interactivity can lead to varying outcomes, and we can start to expose the beauty or absurdity of how we think and act. These stories and experiences can't exist in any other medium. Not in the same way.

Looking for the frontier

I like to think that the era of the digital narrative began in the 1960's and 1970's, along with the coining of the term "hypertext" and the advent of primitive video games. These first few decades have really been about discovering how our traditional modes of storytelling translate (and don't translate) into the digital medium. As practitioners, we're only now starting to understand how the digital medium will transform not only storytelling but ourselves.

With more and more people getting out there and generating content, we're all just pioneers, really. The land is vast, open, and largely unexplored.

I can't wait to discover what's out there.