News and events » Taking a user-centred and data-driven approach to site redesign: The District of West Vancouver website 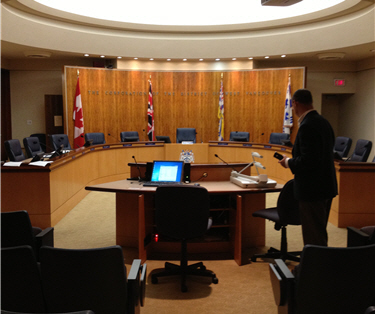 Site redesign projects must be grounded with a solid understanding of the site's users. This begins with deriving insights from current data and then working with users to create and test a new information architecture.

On February 4, OpenRoad presented a report to the District of West Vancouver Council on the redesign of westvancouver.ca.  Selma Zafar and I accompanied the District’s Acting Communications Director, Jeff MacDonald, in updating council members on the user-centred, data-driven approach to the project.

I reviewed web analytics data to understand how citizens use the current website. The top 250 pages of the site contribute over 93% of the volume, so these were used to understand which content was most important to the user.

It turns out, West Vancouver residents heavily consume the District’s wealth of recreation facilities, classes, parks, beaches, and golf courses. Transit schedules for the District’s Blue Bus service was another unique highly visited aspect of the site. I also described the top search terms used on the site. Various forms of the word “swimming” topped the list, again highlighting the recreational focus of website visitors.

Selma worked with West Vancouver citizens to create the draft Information Architecture (IA) by conducting a card sorting exercise. Card sorting is an activity where participants are given a list of content items and are asked to sort them into categories that make sense to them. They can also provide their own labels for the categories. Selma’s analysis of the patterns and contrasts in how users sorted the content cards were combined with the web analytics insights to create the IA.

Next, West Vancouver citizens tested the new IA as part of task test using a tool called Treejack. This tool  presents common navigation tasks and asks users to identify where they would expect content to be located.

The resulting revised IA moves away from the current design that asks users to identify themselves as Residents, Businesses, Visitors, or as being interested in ‘Your Government’. The new site will be categorized by tasks that citizens wish to perform with the District, allowing them to navigate with better confidence and success.

We look forward to delivering the interaction design and working with Ion Branding + Design, who will contribute the visual design / look and feel component of the site. OpenRoad’s site build will follow and launch later this year.

Council expressed excitement about the redesign and accepted the report. The presentation was also covered in the North Shore Outlook.