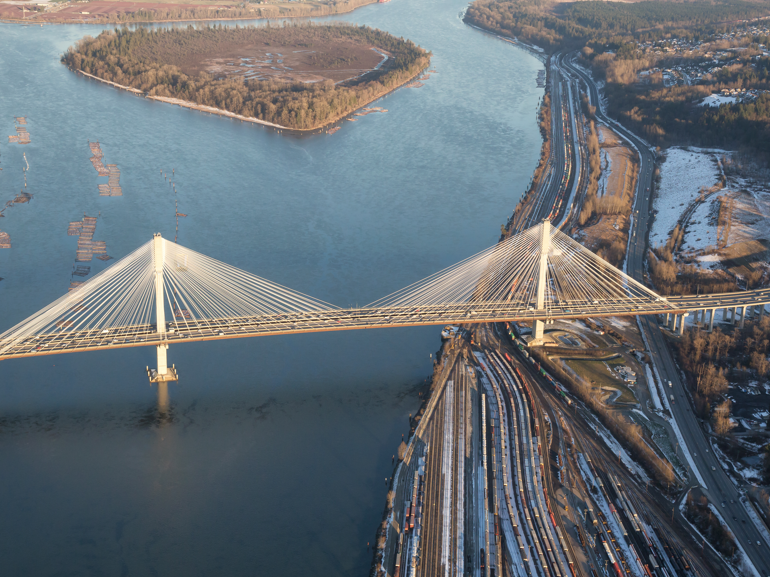 As the lead digital vendor, OXD provided the end-to-end digital design and development of their electronic-first tolling experience, TReO.

TI Corp is a crown corporation responsible for ensuring highways are safe and flowing smoothly, while keeping tolling easy, electronic, and efficient for citizens. TI Corp manages large transportation projects and all electronic tolling systems in British Columbia. They are also responsible for providing customer service and account management for more than one million drivers in BC.

Build a highly usable service experience for citizens, reduced channel costs, and a backend custom-built to handle massive traffic—on time and on budget.

To maximize online interactions and encourage self-service, customers needed to be able to register, pay tolls, and access billing information seamlessly, from anywhere, and across devices.

The Port Mann/Highway 1 (PMH1) Improvement Project was getting a lot of media coverage and being promoted in a number cross-channel advertising campaigns. The website had to withstand floods of simultaneous requests, up to 20 times the expected average volume.

Ready or not, that bridge was opening.

Typically project deadlines informed by development best-practices. This was a unique case however because development timelines had to match the bridge construction and marketing windows, meaning it was tight and non-negotiable.

Successful delivery demanded coordinate, integration, and synchronization with other stakeholders. As the lead digital vendor we would have to work closely and concurrently with the project’s marketing agency, the technology and customer service provider, the client, and their internal teams.

How to deliver a seamless user experience

Start with a market scan.

Our comparative research revealed that around the world, tolling websites were confusing, time consuming, and frustrating to use. Poor user experience made the already undesirable task of paying a toll even more painful.

Design an experience that can evolve.

In 2012 tolling was relatively new to British Columbia. We had to plan for users’ knowledge of tolling growing over time. The first version of the site was simplified to include only basic tolling information and registration. The second version incorporated billing and account management features.

Shield users from the complexity.

We needed a .NET/MVC-based CMS that would provide sufficient developer tools and high performance, while still being flexible enough for customization. After trialling several CMS options we chose Umbraco because customization created ease-of-use for non-technical TI Corp staff and it was well supported enough to continue being updated.

To improve the performance of our designers throughout the project lifecycle we tested prototypes with local residents already commuting across the Port Mann bridge.

To meet the timeline requirements we broke the project into different, overlapping phases, which ran concurrently with different project managers. Several stages were developed in separate, but related streams. This approached allowed for faster development while maintaining high congruence between phases.

A tolling experience that exceeds industry standards and customer expectations

More than 100,000 registrations in the first month.

The first phase of the TReO tolling site launched on September 12, 2012. Within a month of launch, TI Corp reported that over 100,000 decal registrations had been processed.

1.4 million users after one year.

After one year 1.4 million decals were in circulation, of these 1.1 million vehicles—nearly 100% of the registered vehicles in the Lower Mainland—were local, and 300,000 were out-of-province

80% of trips were by registered customers.

After one year 80% of commutes over the bridge were made by registered TReO customers, 90% of which provided TI Corp with a form of pre-authorized credit or debit information.