Every year the BC Library Association gathers its members together to discuss the evolving role libraries play in our cities and communities across BC. This year, I was honoured to receive an invitation to speak at the annual conference. 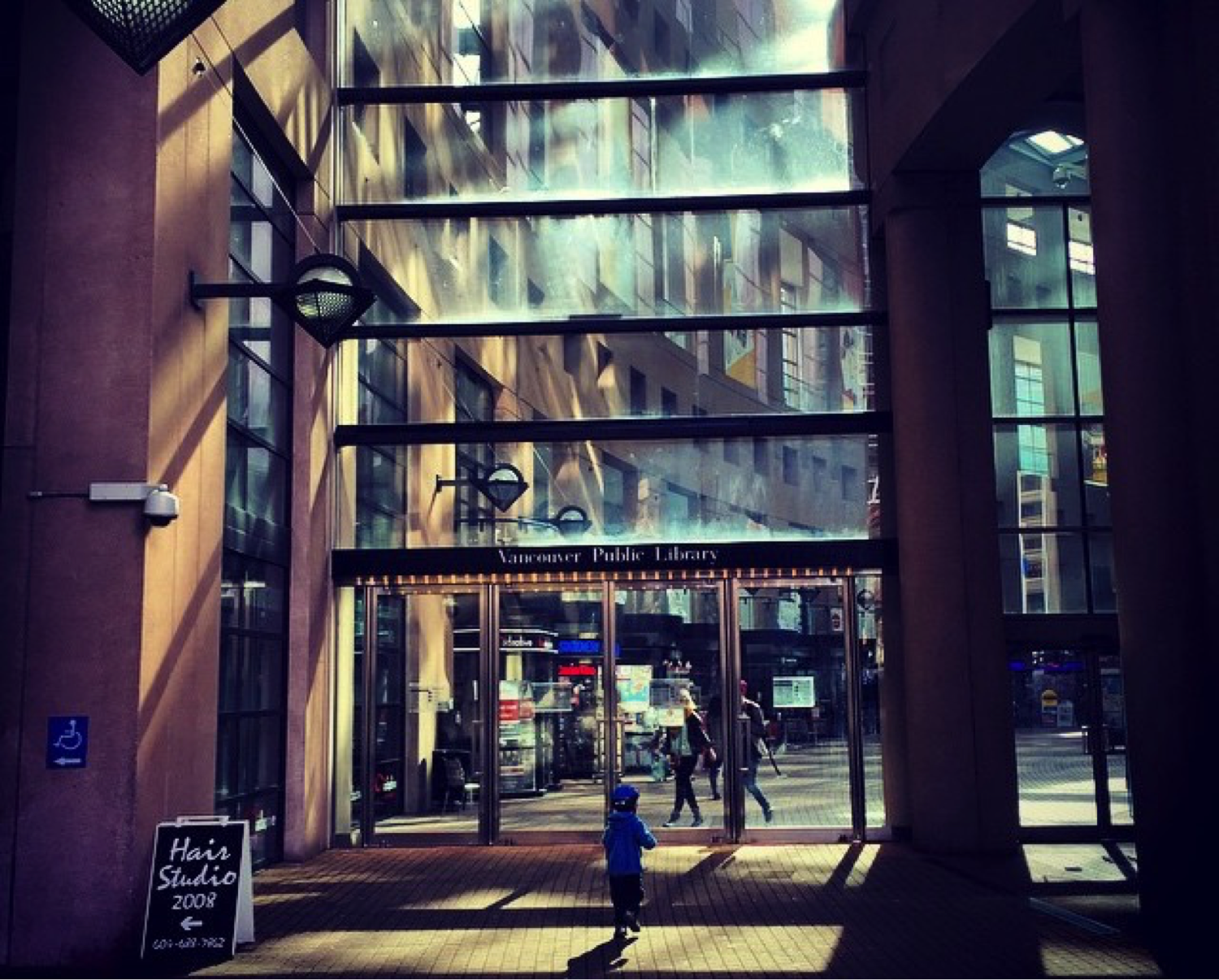 I’ve always been a big fan of libraries – from a child who visited regularly, to a university student who camped out in the stacks researching and writing essays, to now a parent returning to the children’s collection on weekends. I’ve also had the pleasure of working with librarians: I helped redesign the Vancouver Public Library’s website back in 2007, have done a lot of work in the public legal education and information space with the team at Courthouse Libraries BC, and currently I’m serving my second year as a Trustee of the Board of the Vancouver Public Library.

Libraries are truly a part of an informed, engaged, and connected city – to quote VPL’s vision for the library. And I’ve always felt a healthy deal of rapport with librarians, their values and their commitment to intellectual freedom, learning and curiosity. Not to mention their burning desire to organize massive quantities of information.

This year’s BCLA Conference theme was Creative Communities. From their website:

“The theme focuses us on the power of creativity in both the library and the world around us. It emphasizes how we use creativity to seek new ways to collaborate with and serve both existing and new communities. The theme Creative Communities will bring us together to highlight and reflect on our practices and profession.”

My talk belonged to track on how space and place figure in affording community. More from the BCLA Conference website:

“Learning space, maker/hackerspace, community space, physical and online space– the library as place of cultural and intellectual meaning is in a period of renewal. We are reconfiguring our spaces to be flexible and in many ways undefined. What are we learning about public space, user needs, and libraries as places?”

As someone who loves good theory, but loves the application of that theory in the real world even more, I decided to focus my talk on the theoretical constructs of “code/space” and “coded-space” proposed by UK geographers Rob Kitchin and Martin Dodge in their 2005 journal article “Code and the Transduction of Space” and their 2011 book Code/Space; Software and Everyday Life. 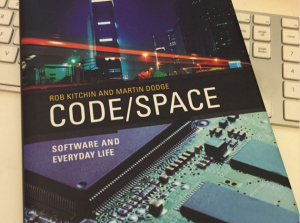 In their writing, Kitchin & Dodge describe two types of spaces that occur when software is present and being used by people: code/space and coded spaces.

A coded-space on the other hand is where software brings to life a new possibility when it is present in the space; but if it were to stop working, the space could continue to function essentially as designed or intended. Think of a coffee shop: wifi, tablets, mobiles, and laptops turn the space into a temporary office for the mobile worker, but if that software ceased to work, we could hopefully continue to pull espresso shots and foam milk for our cappuccinos.

These concepts were set up against a day-in-the-life scenario of my own personal visit to VPL’s Central Branch in order to highlight the seemingly obvious and banal interactions we have with software everyday. And intertwined with a healthy dose of Kitchin & Dodge’s theoretical language: technicity, transduction, and ontogenesis to name a few $12 words to impress your friends and play in that next Scrabble match. 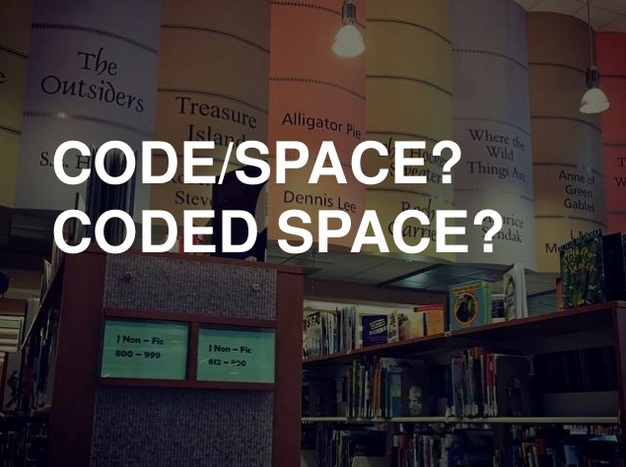 The big question: are libraries code/space or coded spaces? If code were to stop working at your library, code’s productive capacity to do things in the world is no longer, its “technicity” rendered mute, would your library still be able to fulfill its purpose or mandate?

With that question, we had a great 20 minute discussion. Librarians are an intelligent and reflective bunch and the room came alive with insights, opinions, and pointers to science fiction works that have contemplated the “what if it all stops working?” scenario in a more total sense.

And before I knew it it was time to head off to lunch and prepare for my appearance on the Oh Glorious Failures! Lightning Talks on How to Succeed Through Failure panel that Beth Davies of VPL had organized. I was proud to share with my other esteemed failures how we (designers at OpenRoad) fail regularly and encourage it through the practice of usability testing (sanctioned, early-stage failure in order to learn and make our digital experiences better before they get out into the world in their final form).

And then it was off to Wayde Compton’s remarkable closing keynote on Diversity and Affect that wrapped up the conference.

A big thanks to the BCLA organizers, Kate Sloan from Courthouse Libraries BC, Beth Davies from VPL and all of the brave souls who came to listen to some software theory right before lunch on a Friday… It was a wonderful day to be a part of, from both sides of the podium.

See you at the library.

Gordon Ross is the Vice President and Partner at OpenRoad.